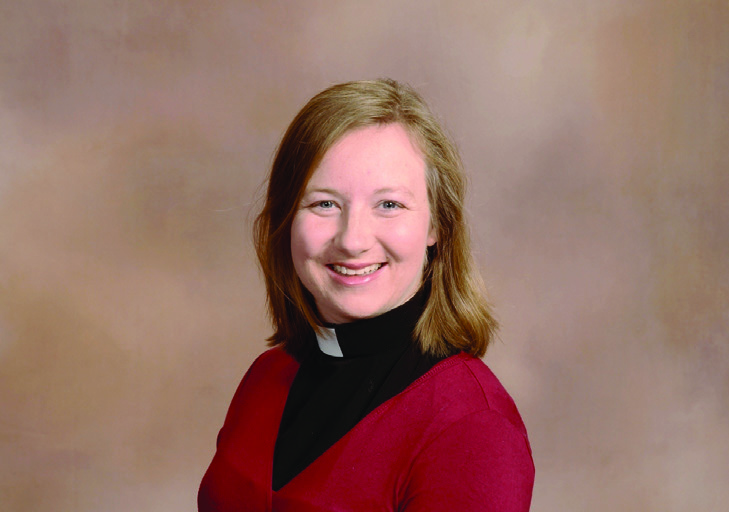 I’m not very patient, but do you know who is terrible at waiting? My eight-month-old baby, Susanna.

The moment she decides she wants something is the moment she needs to have it. Every moment of waiting is excruciating for her, and for us. Her mood can change from sweet smiles to a pout to a whimper to a wail in seconds! We adults learn not to behave this way when we have to wait, but I don’t think we ever really shake this penchant for impatience.

I don’t know anyone who likes waiting, especially not when they have the choice. Some are better at it than others, they are more patient, but who would revel in waiting? We’ll use any means necessary to avoid waiting; we’re constantly innovating new ways to avoid the wait. At the airport there’s TSA PreCheck and upgrades to shorten the wait, in the grocery store there’s self checkout, there’s fast food and Door Dash, there’s the Fast Pass at Disney. And when waiting is inevitable, what we actually do can hardly be called waiting. Instead, we tend to distract ourselves to help pass the time.

Things weren’t so different for the folks we read about in the Bible. They didn’t much like waiting either. Abraham took matters into his own hands when he grew impatient for the child he was promised. Leaving his wife in the dust, thinking he could expedite God’s plan, he had a baby with his wife’s servant instead. We find another example in the Israelites who couldn’t wait for Moses to descend from the mountain, so they made their own gods with Aaron’s help. Yet again, Jesus’ disciples couldn’t stay awake while he prayed. And after his three days in the grave, they gave up on believing he was who he said he was and retreated into fear instead.

Waiting is hard. It’s countercultural. It seems wasteful. But in the scriptures, waiting is also holy. Because, after years of waiting, Abraham and Sarah did have their baby, even in their old age. After 40 years in the wilderness, the Israelites were delivered into the promised land. And after three days dead in the grave, Jesus overcame death and the grave in his resurrection.

This Advent, this month of December leading up to Christmas, we’re inviting you to willingly enter into this practice of holy waiting.

Perhaps with or without this invitation to wait, you are in a season marked by waiting—waiting for the results, waiting for what is next, waiting in hopeful anticipation, or waiting with dread.

Or maybe, for you, there is no time to wait. Everything is happening now and every moment without a purpose sets you further behind and leaves you scrambling to make up for the wasted time.

I hope you will accept this invitation to reframe waiting as something that is purposeful, holy, and even good.

I know that you could come up with some creative ideas about how to practice waiting. You might choose to discipline yourself to leave your phone out of reach while you wait. Maybe you would consider taking up a practice of looking and noticing instead. For example, I often find myself pulling out my phone while I wait in the checkout line at the grocery store. Maybe you do too. Instead, I want to challenge myself to notice the people in front of me and behind me, in the next line over, the employees behind the register or who are bagging my food, those in line at customer service and the floral department. How does it look like they feel? Are they in a rush? Are they going to or from work?

This noticing might prompt us to respond, too. Most times, I suspect a silent prayer for those around us will be enough. But with others I could imagine perhaps saying hello to start a brief conversation based on something I observe, offering a hand, or even simply a smile.

With the bigger stuff, when you are in seasons of waiting, I wonder how you could redeem that season for good and make it holy. Perhaps you might journal your experiences and your prayers so that you can look back later and be amazed at how some of them were even answered.

As we enter this season of Advent, I hope you will accept this invitation to Just Wait…

Advent and Christmas at Our Savior’s

Alden Raymond Piearson, whose parents are Drew and Celina Piearson.

Memorials and Honoraria,
October-November 2019
In Memory of Harriet Bresee
Don and Coryill Weeg

In Memory of Charles Kinnunen
John and Patricia Vasgaard