A Year of Adventure 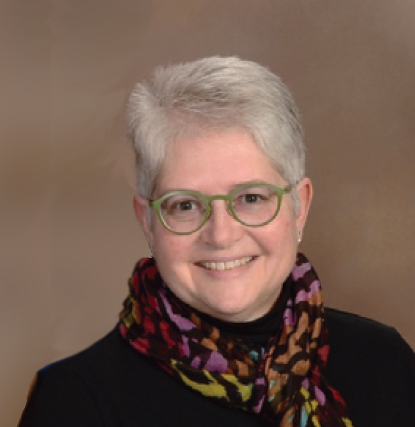 Pr. Shelly Gehring pauses a moment when asked what she sees in the year ahead—but only a moment.

The year ahead will see Pr. Shelly serving both the OSL community and Church on the Street, a Synodically Authorized Worshiping Community of the ELCA and a ministry partner of Our Savior’s. In the former position, she will serve as Pastor of Youth and Family; in the latter, she will work with Rebel Hurd, Church on the Street mission developer, in serving the unhoused and at-risk population of the Sioux Falls area.

“This has great potential to grow the partnership between the two ministries,” Pr. Shelly says.

The year-long interim position is the culmination of a long process that began with the South Dakota Synod office being aware of OSL’s pastoral vacancy, following the departure of Pr. Sami Johnson, as well as looking for ways to provide increased support to Rebel Hurd and Church on the Street. The synod office proposed a partnership that would serve both ministries: a one-year pilot without a long-term commitment by either party. Pr. Randy Gehring and the Governing Board agreed to explore the options.

A number of candidates were considered during that time of exploration; eventually the synod office, the board of directors of Church on the Street, and the OSL Governing Board decided to be in touch with Pr. Shelly. Following interviews and several more meetings by the parties involved, the decision was made to enter into the one-year appointment. This arrangement was unanimously approved by the governing board at its meeting on July 16 (with Pr. Randy abstaining) and by the board of directors of Church on the Street at their meeting on July 13. The news was met with applause when presented to OSL members at the July 26 congregational meeting.

“For me personally, I see an opportunity to flex and stretch gifts that may not traditionally be used in parish ministry,” Pr. Shelly says, “in terms of organization and people skills.” She adds that this partnership will provide the opportunity to revisit a passion of hers, children, youth, and family ministry. “I didn’t think I’d have the opportunity to do that again,” she says, explaining that she had spent 27 years in that ministry area before being called to ordained ministry. “It’s exciting to think about doing children, youth, and family ministry with two excellent colleagues who are leading the charge,” she says, referring to Faith Formation Director Melissa Nesdahl and Youth Director John Schomberg.

She looks forward also to working with Church on the Street: “That’s the other exciting piece—to be part of a ministry to such a vulnerable population in our community. And to provide some relief for Rebel, who’s been shouldering this alone all these years. The ministry can’t grow further without help.”

Finding the proper balance between her two ministry commitments will be a challenge, Pr. Shelly acknowledges, but she is confident that balance will be achieved: “Rebel and Randy are both committed to making the sharing as fair as possible,” she says.

Pr. Shelly officially began her assignment on September 16. The position is not a call, but rather an appointment by the South Dakota Synod. At the end of the one-year term, the arrangement may be reconsidered. Regardless, it will indeed be a year of adventure—for all concerned!