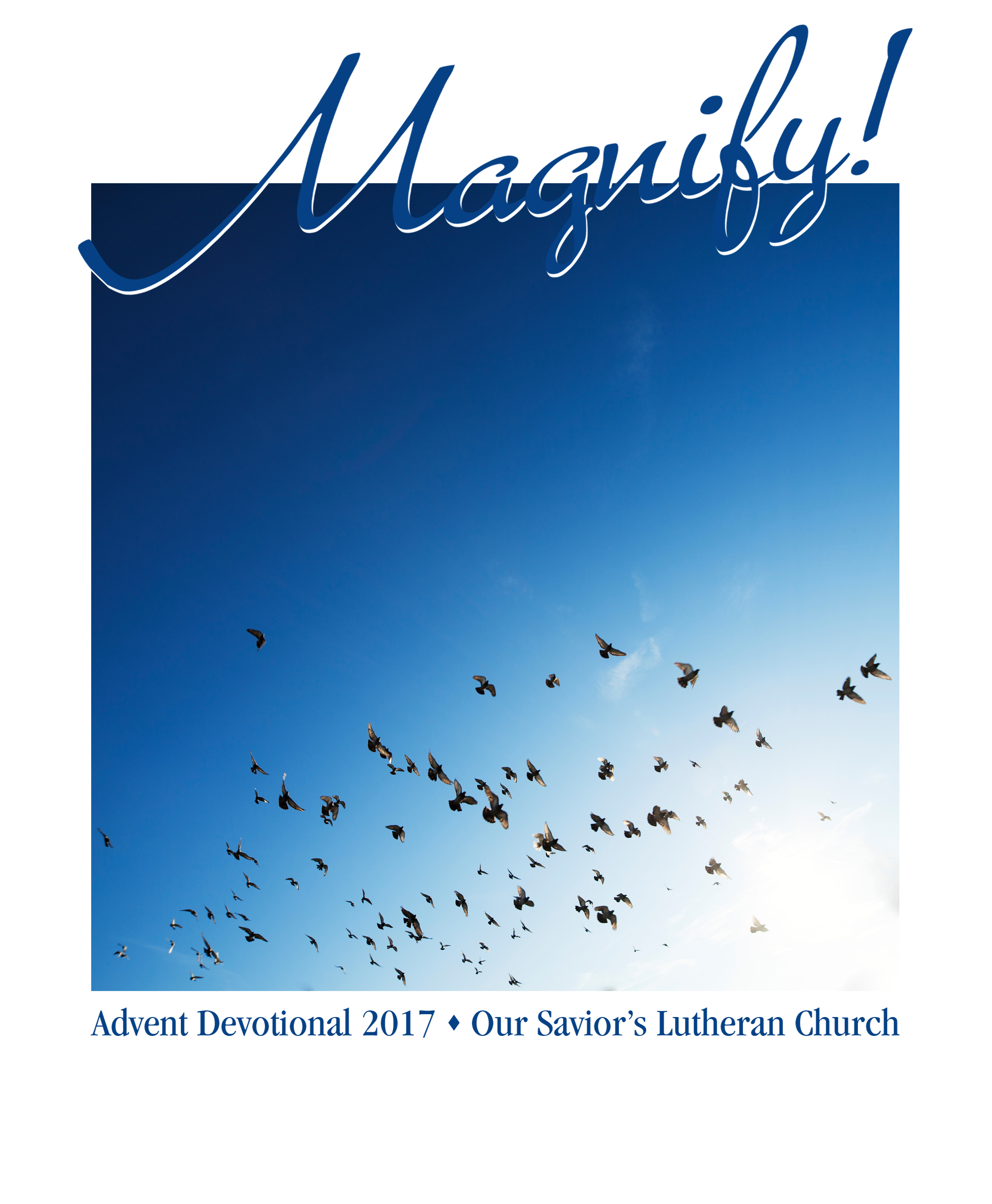 After a recent surgery, I went to stay in a rehab center for my recovery, since there was no one at home to care for me. At first I felt very uncomfortable there, since everyone seemed to know one another and I was the newcomer. Strange as it may seem, there are certain groups who sit at certain tables, and newcomers have to be careful to choose an appropriate place to sit. I was fortunate that everyone introduced themselves to me at the first dinner, and they didn’t ask too many questions about my reasons for being there. There seemed to be a code of privacy.

I have no complaints about the care I received there, although the weekends got long. Families streamed in and out of the several corridors, and I was very happy when my family came for a while. On Sunday morning I watched Our Savior’s worship service on television and that brought a new appreciation of how wide the ministry of our church is. Afterward I wondered how I would spend the rest of the day. There was a knock on my door, and one of my new tablemates, Sandra, quietly asked if I would like to come to a hymn sing. I hesitated for just a minute and then, shuffling along behind my walker, I followed her to the activity room.

The chaplain was very busy inviting other residents to come, but only one other woman joined us. The third person wasn’t willing to share her name, but she did announce clearly that she attended First Lutheran Church.

We all were given hymnals, and the first song was “What a Friend We Have in Jesus.” Sandra knew all the words and the other two of us followed along in the hymnal. The chaplain chose a few other hymns, some of which were unfamiliar to me as they were part of what might be called “Praise Ministry,” but was I was impressed that Sandra knew them all. She chose a few of her favorites, and all in all, it was quite a pleasant hymn sing even with just three of us.

On the way back to our room I thanked Sandra for inviting me to come. She told me that she had been at the facility for over five months, recovering from brain surgery that was supposed to stop the progression of her muscular disease. Her hair was just beginning to grow back, and she was thrilled about that. I asked her how she was able to maintain her positive outlook, and she announced boldly, “God isn’t finished with me yet.”

I thought about those words long after I left the rehab center. Is God finished with me yet? Am I called to do something directed by God in the remaining years of my life? I know Sandra is spreading God’s love throughout the corridors of the rehab center. Everyone loves Sandra, and through her they may come to know the love of God.