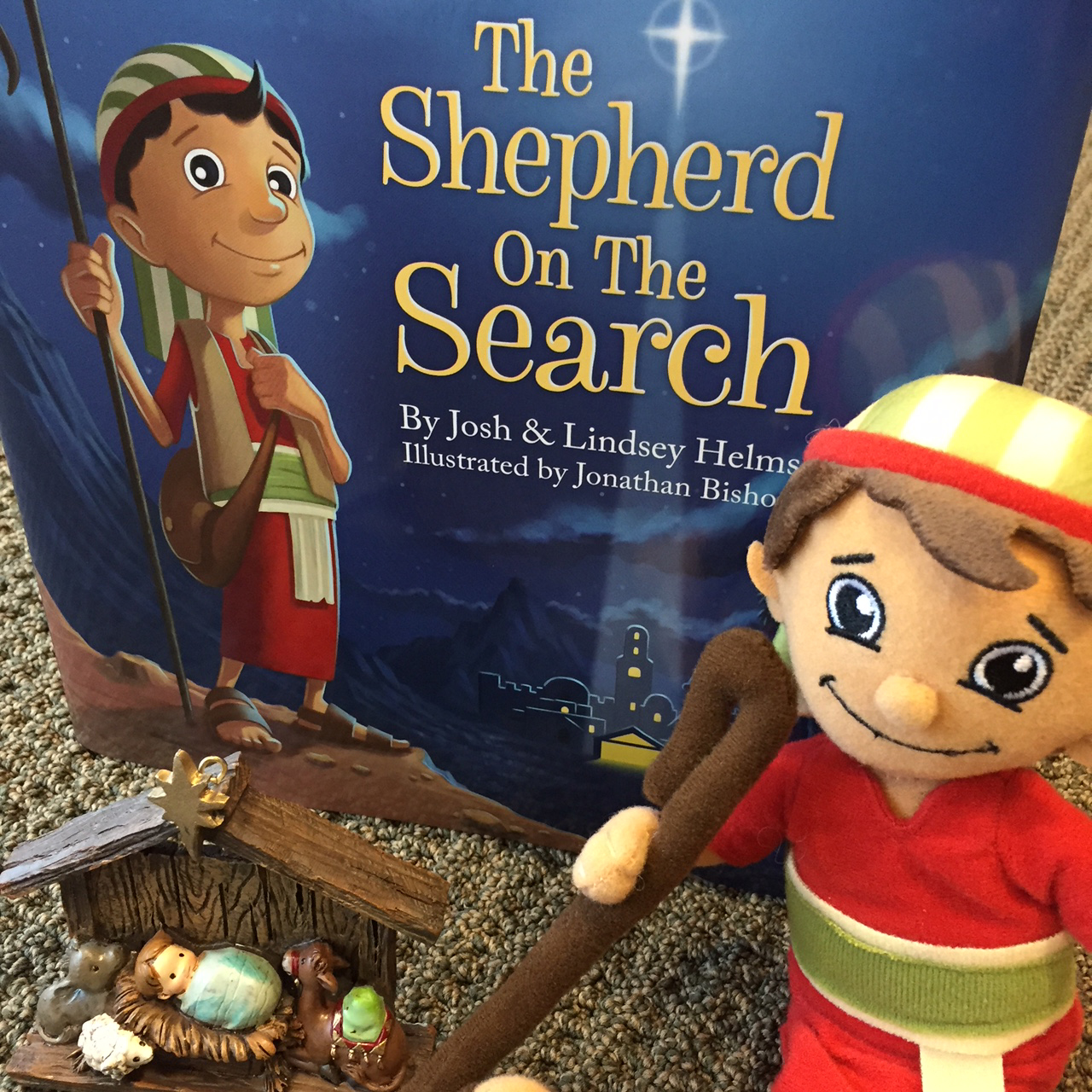 “Shepherd on the Search”
To help children discover the joy of searching for the Christ Child during the Advent season, the OSL Library is again sponsoring “The Shepherd on the Search.” Each Sunday and Wednesday in Advent, patrons who find one of the 12 nativity figures hidden on the shelves in the Library will receive a treat and a prize. Be sure to visit the Library and encourage your child to follow the shepherd’s search for Baby Jesus. 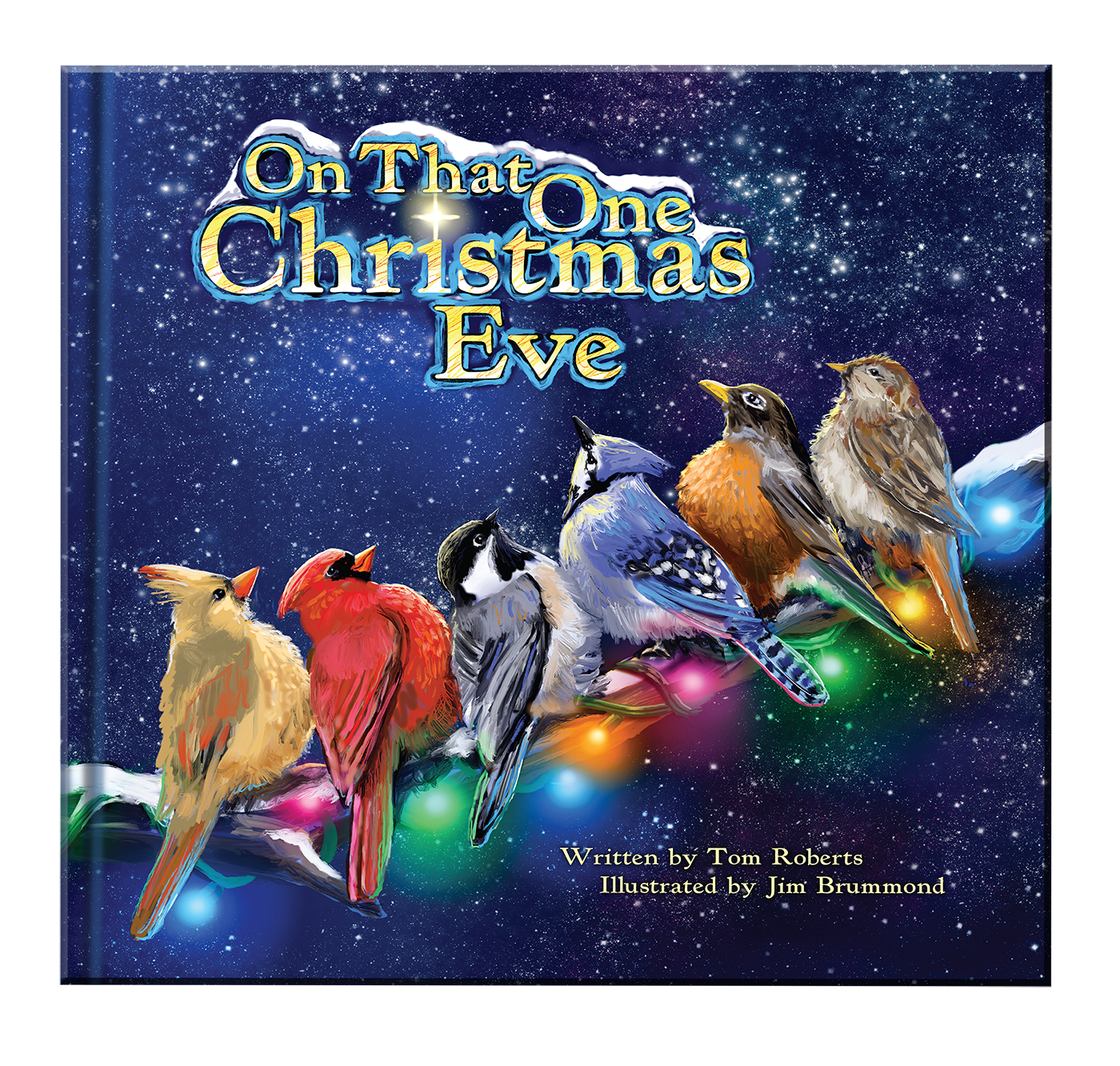 Local Author Tom Roberts at OSL
Sioux Falls author and storyteller Tom Roberts will be at Our Savior’s all morning on Sunday, December 9. He will read his sixth and newest book, On That One Christmas Eve, during KidTalk at Celebrate and Festive worship services. On That One Christmas Eve is a poetic tale about a young college student who is home for Christmas and decides that he no longer believes in the extraordinary circumstances surrounding the birth of Jesus. But an encounter with a cluster of birds sets in motion a realization that a compassionate God does exist…

Tom will be available to sign his books, which sell for $20 each, with 100% of proceeds going to support the programs and services that Children’s Home Society provides throughout South Dakota. 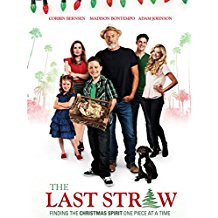 This month’s feature, on December 8, will be The Last Straw.

It’s Christmas break at the McDonald house, but silent nights and days are nowhere to be found because of the children’s constant bickering. Mom remembers an old tradition of building a soft bed for Baby Jesus one straw at a time. Each time someone secretly does something nice for another family member, he or she gets to add a single straw to the manger. Inspired by a true story, The Last Straw may forever change the way your family celebrates Christmas.

Make a day of it with the movie at 2:30, followed by worship at 5:00 and dinner afterward!

Advent Joy
Add joy to your Advent season by checking out books on display for children, youth, and adults in the OSL Library! You’ll find a large number of Advent and Christmas book and movie items on separate displays, one for children and youth and one for adults. Stop by and check it out! 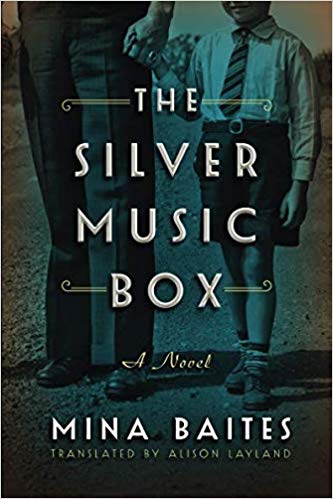 New for Adults
The Silver Music Box by Mina Baites is a cross-generational novel about a Jewish family divided by World War II and an inheritance with the power to bring them back together.

1914. For Paul, with love. Jewish silversmith Johann Blumenthal engraved those words on his most exquisite creation, a singing filigree bird inside a tiny ornamented box. He crafted this treasure for his young son before leaving to fight in a terrible war to honor his beloved country—a country that would soon turn against his own family.

Half a century later, Londoner Lilian Morrison inherits the box after the death of her parents. Though the silver is tarnished and dented, this much-loved treasure is also a link to an astonishing past. With the keepsake is a letter from Lilian’s mother, telling her daughter for the first time that she was adopted. Too young to remember, Lilian was rescued from Germany in the grips of the Holocaust. Now only she can trace what happened to a family who scattered to the far reaches of the world, a family forced to choose between their heritage and their dreams for the future.

Additional New Titles for Adults
• Sold on a Monday by Kristina McMorris
• Unsheltered by Barbara Kingsolver
• Endurance: A Year in Space, a Lifetime of Discovery by Scott Kelly 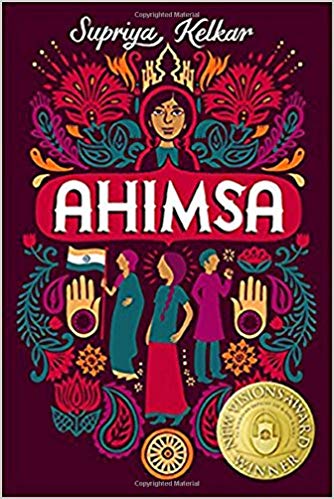 New for Middle-
and High-School Youth
Ahimsa by Supriya Kelkar. In 1942, when Mahatma Gandhi asks the people of India to give one family member to the freedom movement, ten-year-old Anjali is devastated to think of her father risking his life for the freedom struggle.

It turns out he isn’t the one joining: Anjali’s mother is. With this change comes many more adjustments designed to improve their country and use “ahimsa”—non-violent resistance—to stand up to the British government.

First the family must trade in their fine foreign-made clothes for homespun cotton, so Anjali has to give up her prettiest belongings. Then her mother decides to reach out to the Dalit community, the “untouchables” of Indian society. Anjali is forced to get over her past prejudices as her family becomes increasingly involved in the movement.

When Anjali’s mother is jailed, Anjali must step out of her comfort zone to take over her mother’s work, ensuring that her little part of the independence movement is completed.

Inspired by her great-grandmother’s experience working with Gandhi, New Visions Award winner Supriya Kelkar shines a light on the Indian freedom movement in this poignant début. 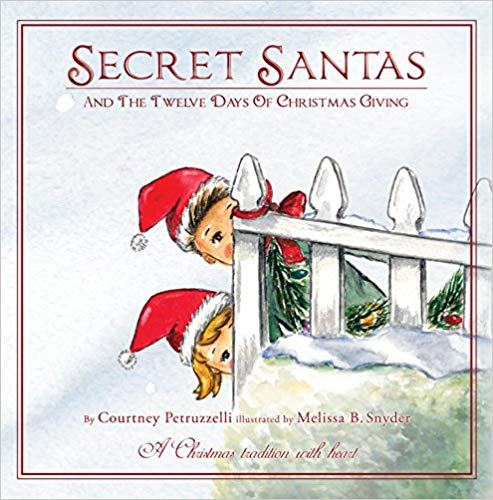 New Picture, Chapter, and Early Reader Books
Secret Santas and the Twelve Days of Christmas Giving by Courtney Petruzzelli is a heartfelt story that will start a new Christmas tradition in your family. Children everywhere are learning how to become part of the real-life “Secret Santa Team.” With every page turned comes an exciting new adventure about how they can spread kindness and cheer through the magical and fun-filled Christmas tradition that is sweeping the nation.

With dazzling, vintage-inspired illustrations depicting the nostalgia of yesteryear, and delightful rhyming verses that leave you inspired and touched, Secret Santas and the Twelve Days of Christmas Giving finds itself alongside such classics as The Night before Christmas and The Giving Tree.