by Communications | May 31, 2019 | Publications, The Intercom Newsletter | 0 comments 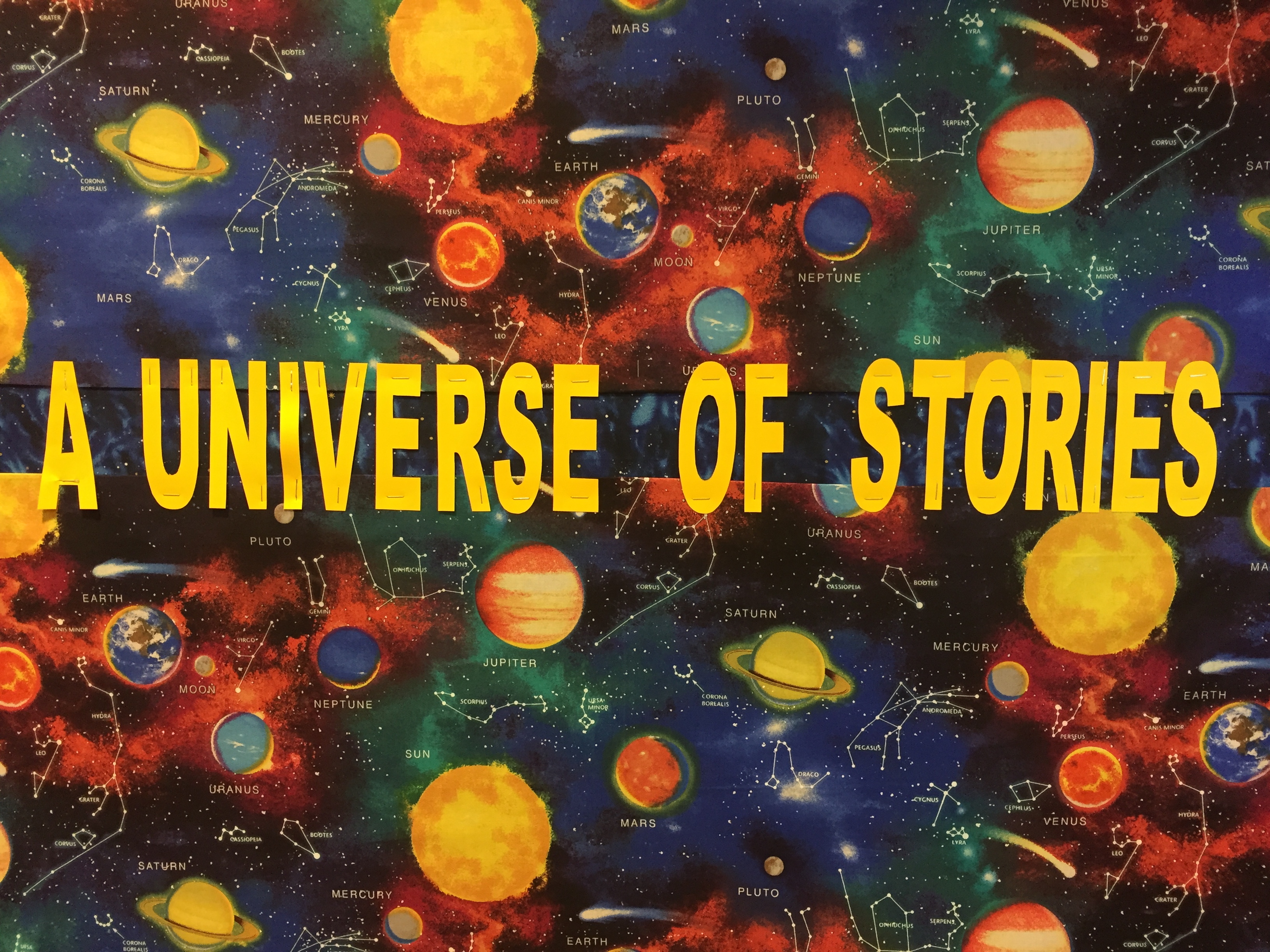 In addition, the one who reads the most books in each age group during the program will receive a $15 gift card. Throughout the program, the Library will track and display the number of books each patron reads on planets on the “Universe of Stories” bulletin board. Each patron will also “testify” how God speaks to them through books by writing on their planet. 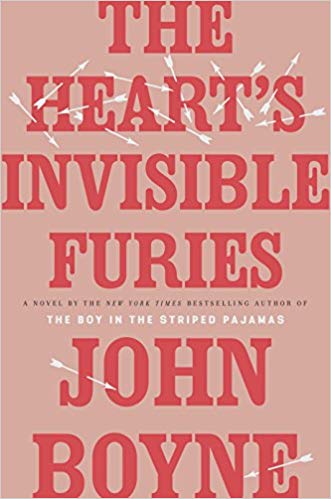 Born out of wedlock to a teenage girl cast out from her rural Irish community and adopted by a well-to-do and eccentric Dublin couple, Cyril is adrift in the world, anchored only tenuously by his heartfelt friendship with the infinitely more glamorous and dangerous Julian Woodbead. At the mercy of fortune and coincidence, he will spend a lifetime coming to know himself and where he came from. Over his many years, Cyril will struggle to discover an identity, a home, a country, and much more.

In this, Boyne’s most transcendent work to date, we are shown the story of Ireland from the 1940s to today through the eyes of one ordinary man. The Heart’s Invisible Furies is a novel to make you laugh and cry while reminding us all of the redemptive power of the human spirit.

When Joyce Smith’s 14-year-old son John fell through an icy Missouri lake one winter morning, she and her family had seemingly lost everything. At the hospital, John lay lifeless for more than 60 minutes, but Joyce was not ready to give up on her son. She mustered all her faith and strength into one force and cried out to God in a loud voice to save him.

Breakthrough is about a profound truth: prayer really does work. God uses it to remind us that God is always with us, and when we combine it with unshakable faith, nothing is impossible.

Make a day of it on September 14, with the movie at 2:30 in the Holy Word Theatre, followed by worship at 5:00 in the Sanctuary, and dinner afterward in The Gathering Place! 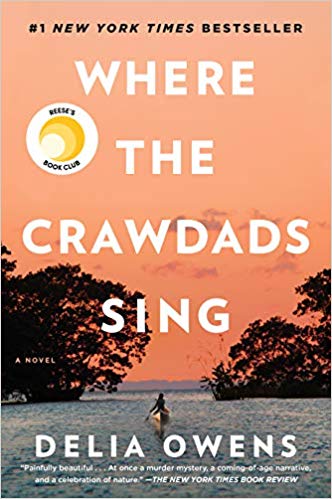 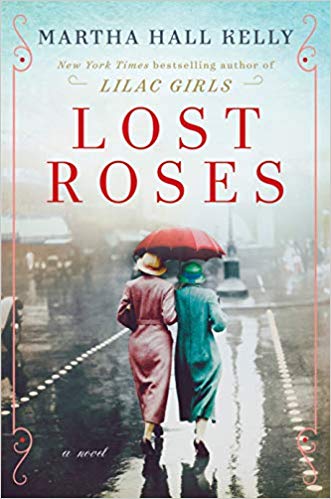 New for Adults
Lost Roses by Martha Hall Kelly. It is 1914, and the world has been on the brink of war so often, many New Yorkers treat the subject with only passing interest. Eliza Ferriday is thrilled to be traveling to St. Petersburg with Sofya Streshnayva, a cousin of the Romanovs.

The two met years ago one summer in Paris and became close confidantes. Now Eliza embarks on the trip of a lifetime, home with Sofya to see the splendors of Russia: the church with the interior covered in jeweled mosaics, the Rembrandts at the Tsar’s Winter Palace, the famous ballet.

When Austria declares war on Serbia and Russia’s imperial dynasty begins to fall, Eliza escapes back to America, while Sofya and her family flee to their country estate. In need of domestic help, they hire the local fortune-teller’s daughter, Varinka, unknowingly bringing intense danger into their household.

On the other side of the Atlantic, Eliza is doing her part to help the White Russian families find safety as they escape the revolution. But when Sofya’s letters suddenly stop coming, she fears the worst for her best friend.

From the turbulent streets of St. Petersburg and aristocratic countryside estates to the avenues of Paris where a society of fallen Russian émigrés live to the mansions of Long Island, the lives of Eliza, Sofya, and Varinka will intersect in profound ways. In her newest powerful tale told through female-driven perspectives, Martha Hall Kelly celebrates the unbreakable bonds of women’s friendship, especially during the darkest days of history. 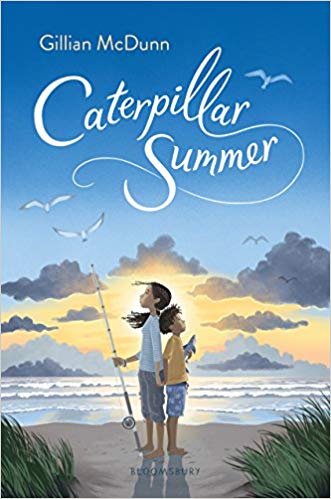 New for Middle- and High-School Youth
Caterpillar Summer by Gillian McDunn. Cat and her brother Chicken have always had a very special bond—Cat is one of the few people who can keep Chicken happy. When he has a “meltdown,” she’s the one who scratches his back and reads his favorite story.

Cat’s the one who knows what Chicken needs. Since their mom has had to work double-hard to keep their family afloat after their father passed away, Cat has been the glue holding her family together.

But even the strongest glue sometimes struggles to hold. When a summer trip doesn’t go according to plan, Cat and Chicken end up spending three weeks with grandparents they never knew. For the first time in years, Cat has the opportunity to be a kid again, and the journey she takes shows that even the most broken or strained relationships can be healed if people take the time to walk in one another’s shoes.

Additional New Titles for
Middle- and High-School
• Opposite of Always by Justin A. Reynolds
• Kazu Jones and the Denver Dognappers by Shauna Holyoak
• Diary of an Awesome Friendly Kid: Rowley Jefferson’s Journal by Jeff Kinney 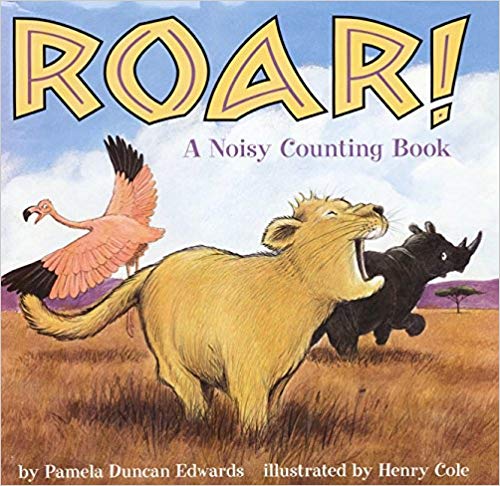 New Picture, Early Reader, and Chapter Books
Roar! A Noisy Counting Book by Pamela Duncan Edwards. One day, while great big lions lie basking in the sun, a little lion cub goes off to find some fun. Roars the little lion cub, “Who will play with me?”

One red monkey rushes up a tree. Poor little lion cub! All he wants is someone to play with, but he is simply too noisy.

As the little lion cub roars his way across the grassland, young picture-book readers can count the African animals, identify them by color and “roar” along too.

New Early Reader Books
• The Adventures of Ook and Gluk, Kung-Fu Cavemen from the Future by George Beard and Harold Hutchins
• Veggietales: Bob and Larry’s Creation Vacation by Karen Poth