OSL Stephen Ministries
Looked at but Not Being Seen
Joan Bacon

Lately, I’ve been reading about “a national epidemic of loneliness.” If it is an epidemic, our nation is not the only one afflicted: in 2017, Prime Minister Theresa May appointed Britain’s first Minister for Loneliness to develop programs to improve social connectedness!

I had assumed elderly people suffered the most loneliness. But some researchers reported that the younger generation’s scores on loneliness scales suggest their generation is lonelier than people 70 and above. Even extroverts can be at risk for loneliness. Case in point, the late actor Robin Williams, who said, “I used to think the worst thing in life was to end up all alone. It’s not. The worst thing in life is to end up with people that make you feel all alone.” Over time, that kind of loneliness can cause physical and psychological problems including a mindset in which the lonely person sees rejection where there really is none, and becomes suspicious, wary of social interactions, and overly sensitive. This mindset adds to their spiral of isolation.

Causes of loneliness range from spending too much time on social media to “situational variables” like physical isolation, moving to a new location, divorce, retirement, or loss of a significant person. Stephen Ministers are trained to help people get through loneliness-inducing situations by providing a listening ear, confidentiality, and compassion grounded in Christian faith. If you feel lonely—”looked at but not being seen as a whole person”— talk to Pr. Tim Lemme or Deb Harlan in the Church Office, 336-2942, or any Stephen Minister. They are there to help. 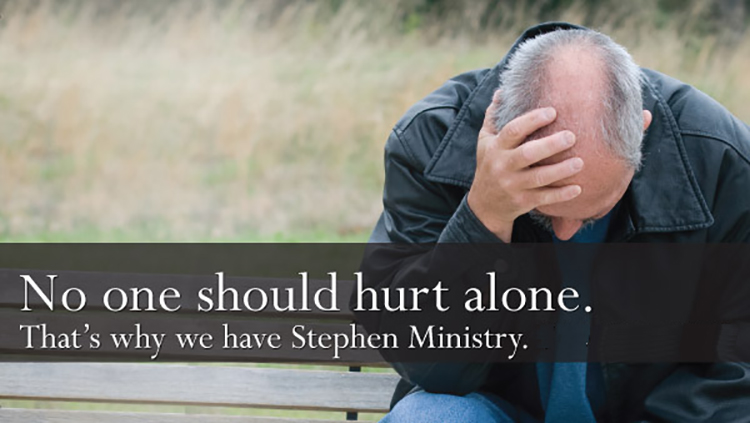